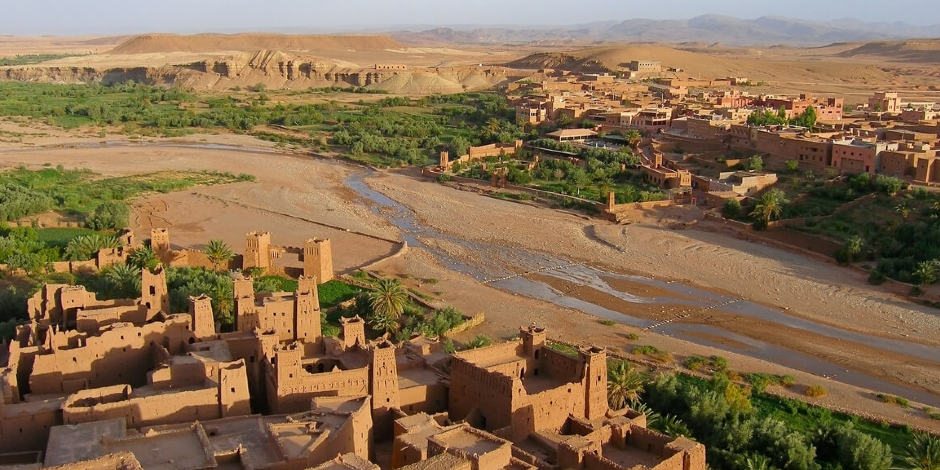 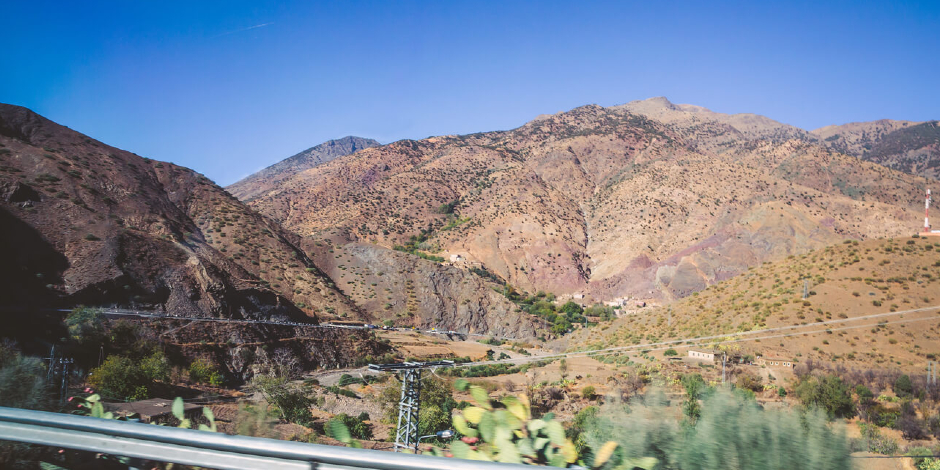 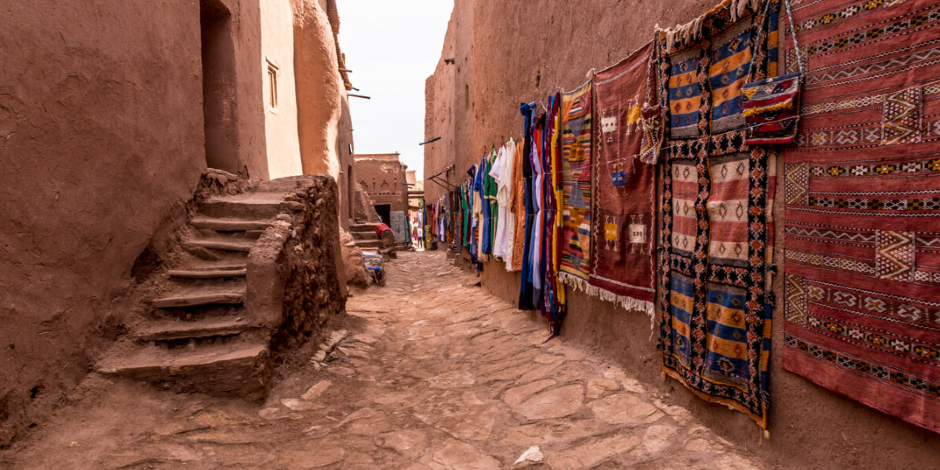 Visit two of the most famous Moroccan kasbahs during this private excursion Marrakech to Ait Benhaddou Day trip. Drive through the Atlas Mountains, past the village of Berber to reach the ruins of the Telouet Kasbah, which once belonged to the Pacha of the Atlas. Then, visit Ait Ben Haddou, a UNESCO World Heritage Site that is the backdrop for many Hollywood blockbusters, and learn about its rich history from your guide.

This excursion Marrakech to Ait Benhaddou Day trip offers a spectacular opportunity to see most of Morocco throughout the day. It is the perfect trip for those who don't want to sleep in the desert for a few nights and return to Marrakech for dinner.

Important Note: The day trips from Marrakech prices displayed are estimates and may vary depending on the number of people, the period of the trip. We invite you to ask us for a quote to receive a personalized offer.

A Marrakech to Ait Benhaddou Day trip is a great plan for spending the day outside of the big city. The journey starts at 8:00 am when the driver knocks on the door of the riad where you are staying. These alleys are usually too small for cars to reach deep into the medina. Once in the car, you can play the music of your choice using the USB thumb or AUX cable, or just enjoy a random playlist specific to each driver. After ten kilometers, when you start climbing at the start of the mountains, you will see several Berber villages, which are encrusted with amazing camouflage in the mountains, which make them one with nature.

Farmers are usually self-sufficient, rely on agriculture and livestock, and can sell sheep or goats at the weekly market for tea, sugar, clothing, and pay utility bills. The country offers wheat, various vegetables, fruits, and oils. Cows provide meat. People only consume sick or weak animals which will not last except for special occasions, loved ones, or religious ceremonies. Pause on one of the many terraces to stretch your legs and maybe have a cup of coffee to wake up completely. Then continue on the road that crosses the Tizi n Tichka pass (2160m) from the High Atlas to reach the old village of Ait Benhaddou.

Ait Benhaddou is even more famous as a backdrop for many Hollywood films. The scene of the mighty Russell Crowe, playing the gladiator, was filmed in the village of Lawrence of Arabia. Ksar also used the mummy as a backdrop for many scenes. Wales used it as the location for Sodom and Gomorrah and for Jesus of Nazareth. The scene where Deneris Targaryan enters the sand village (with the two pyramids on top) was also shot outside the gate of Ait Benhaddou. There you have the opportunity to see some photos from live footage that took place there. At the top of the hill, you can enjoy beautiful views across the valley.

You will spend two hours at Ait Benhaddou, one hour exploring the village and sights, and one hour enjoying a good meal on the terrace with uninterrupted views of the kasbah.After leaving Ait Benhaddou we drive to Ouarzazate, a town which is 30 km from Ait Benhaddou and equally well known in the film industry because it has two large studios and a large cinematographic museum.The name "Ouarzazate" is a combination of two Berber words, which means calm and quiet.

You will often hear the name "Ksar", which has two meanings in Morocco; 1: The palaces or large, extravagant societies of Kasby, usually surrounded by a protective wall, as happened here in Ksar Ait Benhaddou. The fortified village has been declared a UNESCO World Heritage Site by Morocco and is well preserved. Ksar is located in the Ounilla Valley. In ancient times, Aït Benhaddou was a caravan station that transported gold, silver, salt, spices, and slaves from the depths of the African Sahara via Morocco to Europe.

The first attraction worth visiting is the Taourirte Kasbah, a beautiful and well-preserved building that contains many heroic stories and ancient history. The entrance fee is Dh20 per person, and you have the option of paying a local guide for added value and the tale of Morocco's largest kasbah and former home of Pacha Glaoui that the rulers of the region have to tell. The second attraction in Ouarzazate is the Cinematographic Art Museum, which is located right in front of the former kasbah and contains a large collection of instruments, costumes, cameras, VFX machines, and cameras for filmmaking. The entrance to the museum is 30dh per person, and it is also possible to ask a local guide to explain the place.

After the museum, we return to the city entrance where the Atlas studio is located. This is where the real filming takes place. However, this museum is more interesting because studios are usually empty outside of filming, and filming is prohibited. The Marrakech to Ait Benhaddou Day trip ends here and you make your way back to Marrakech to arrive around sunset. The driver will take you to your hotel or anywhere in the city of your choice.

4 Days from Marrakech to Fes 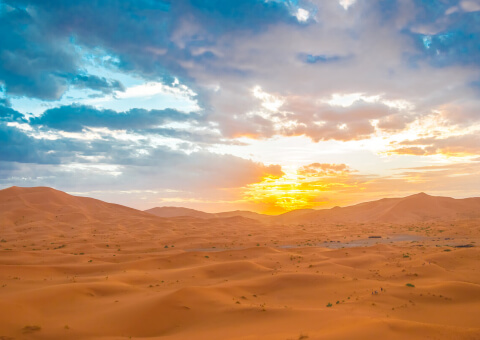 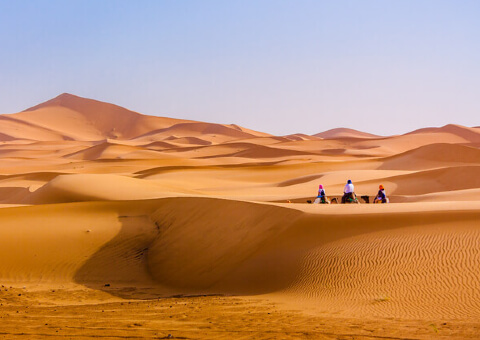 3 Days Tour from Marrakech to Merzouga 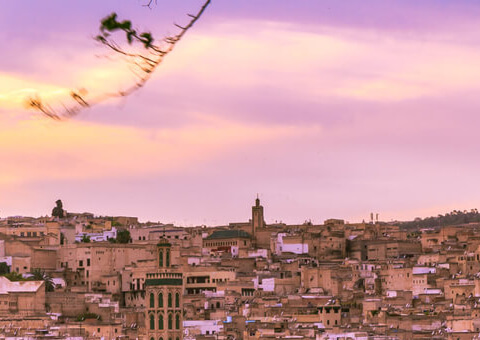 3 Days tour From Marrakech to Fes 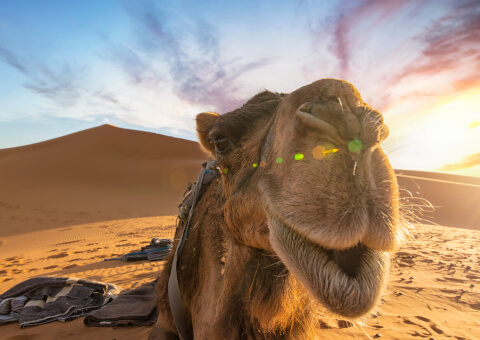 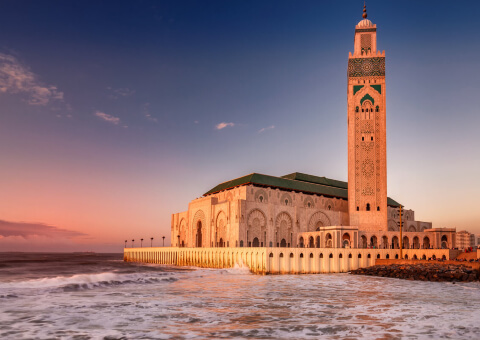 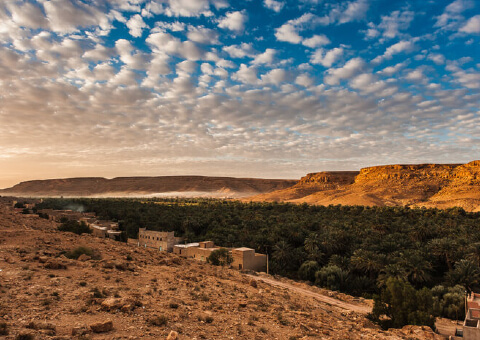 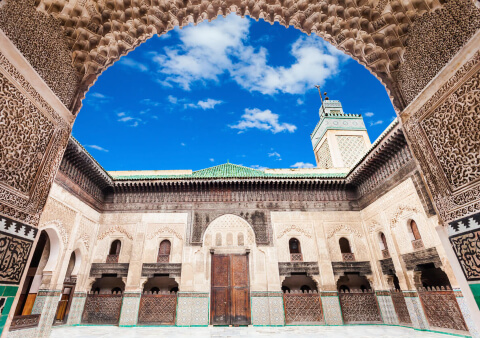 4 Days tour From Fes to Marrakech 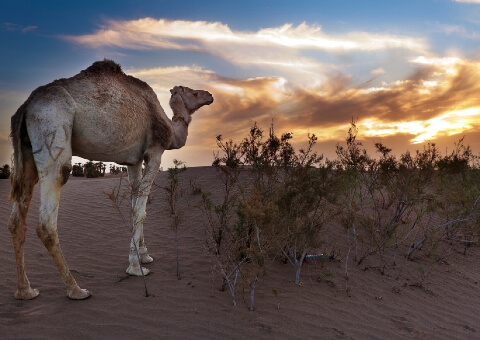 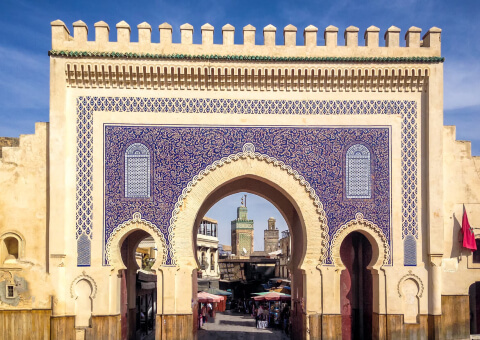 3 Days Tour from Fes to Marrakech 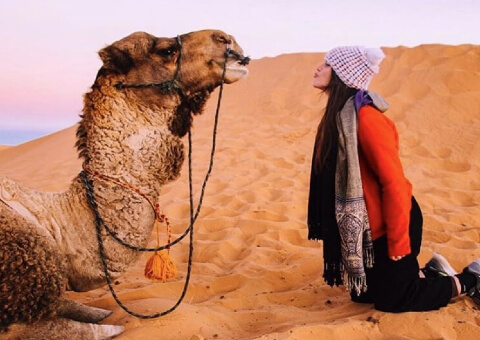 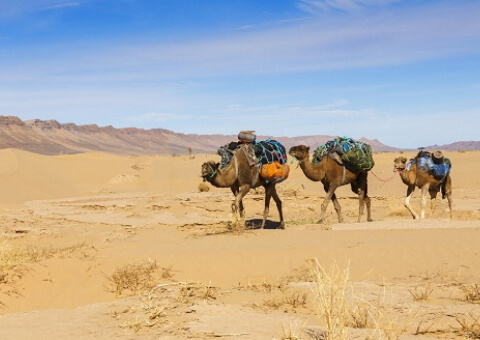 5 Days of Trekking in the Moroccan Desert 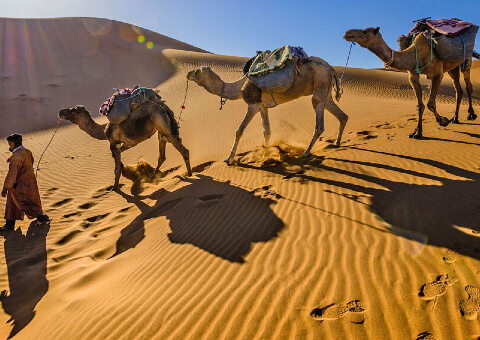